A five-man gang that allegedly killed three University of Port Harcourt (UNIPORT) students have been paraded.

The Police presented them to the media on Wednesday.

President Muhammad Buhari had in his reaction ordered the prosecution of the suspects.

The decomposing bodies of three students, one female, and two males, were recovered in a forest in Ete-O community in Eleme Local Government Area of Rivers State.

The incident occurred in February but the disappearance was reported in April when the Anti-Cultism Unit began an investigation.

One of the suspects, Friday Akpan, who led officers to the grave, gave the victims names as Joy Adoki, Nelson Nwafor and Fortune Obinna

Friday disclosed that he and his gang acted on the orders of a certain man, Bright.

One AK 47 rifle, one pistol, three magazines, seventy-two rounds of live ammunition were among the weapons recovered from the suspects. 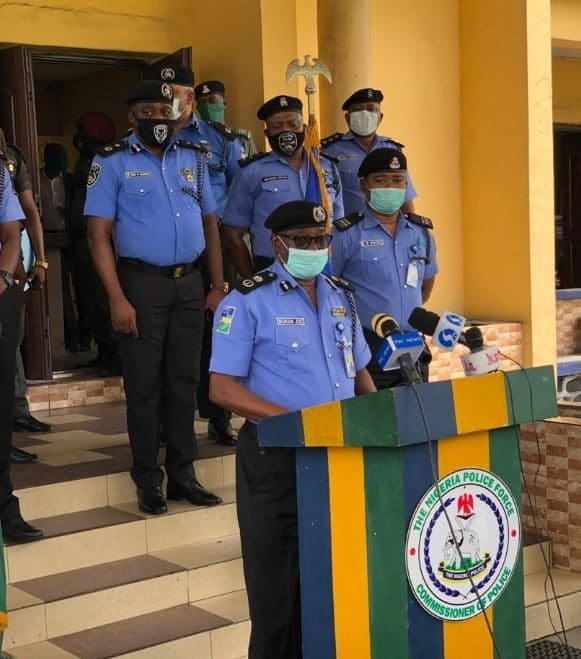 Wed May 6 , 2020
Operatives of the Kano Public Complaints and Anti-Corruption Commission on Wednesday closed up warehouses at the Singer market in the state. The warehouses were suspected to be hoarding food items and essential commodities in the state. This was disclosed by the Chairman of the Commission, Mr. Muhuyi Rimingado, in a […]